If you've ever thought we should have a North by NorthWest (NxNW) event similar to SxSW, then you're in luck - it's called TechfestNW and it's happening this weekend.<br />

If you’ve ever thought we should have a North by NorthWest (NxNW) event similar to SxSW, then you’re in luck – it’s called TechfestNW and it’s happening this weekend.

With speakers from the likes of Target, Nike, Beats Music, Tumblr, Dollar Shave Club, Intel, and many more, it’s attracting the attention of technology junkies across the country. As described on their information page;

TechfestNW is a gathering of leading thinkers, startups and established companies showcasing the Pacific Northwest’s talent and innovation and Portland as a digital and cultural hub. TechfestNW kicked off in 2012 to bring together technology, design, creativity, entrepreneurship, education, career opportunities and talent. It runs in conjunction with MusicfestNW, one of the largest independent music festivals in the United States. According to Fortune magazine, “Tech may have found its next SXSW.”

For more information, head over to the TechfestNW website. 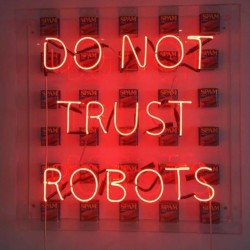 CEO at Tend.ai
James is a huge fan of Bend's startup scene. He is responsible for creating the BendTech coworking space at 1001 SW Emkay during his many years as board member and president of the Tech Alliance of Central Oregon.

He loves to write code, is passionate about design, and runs StartupCommunity.org as a side hobby. He sold his previous company that he started in Bend, 'The Social Business' to Innovation Garden in New York.

You can reach James by email at [email protected].

The BVC Recap: Talkoot Wins Big, the Theme is “Upstream,” Rockets to the Moon and More

There are no upcoming events.

Have a Story Idea?